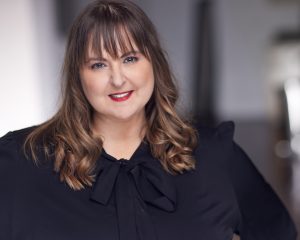 Stacey Siegert, Owner, has been working since 2000 in the entertainment world. Starting out as an actor, she earned a Theatre and Film degree from The University of Kansas and then made New York City her home for almost 5 years. Stacey understands actors. From what they go through in auditions to being on-set, she understands what their thought process is and all it takes to have the courage to pursue the craft of acting.

While in NYC, she found she had a passion for the business side of the industry. She worked in the marketing department at The Blue Man Group, assisted actors as a Business Consultant at TVI Actors Studio, assisted in casting for Law & Order: SVU, and worked as a Manager in the Creative Division at Wilhelmina Models. Stacey’s career has spanned all aspects of the entertainment business.

Shortly after returning home to KC in 2005, Stacey became a Sr. Broadcast Agent at Exposure Model & Talent Agency where she invested 7 years developing actors and booking talent. During her time at Exposure, she decided to branch off, creating a company where she went one step further in molding actors by providing workshops for actors taught by local industry professionals. She called this company, Actors with Moxie, LLC.

Since 2009, Stacey has been producing workshops and creating curriculum geared toward the business minded actor, essentially teaching them to consider and conduct themselves as a small business enterprise. Workshops have included such topics as Voice over: Another Outlet for Actors, The Producer Panel, Acting with a Teleprompter, Improvisation for the Actor, Stage Combat, Audition Technique with LA Casting Director, Acting for the Camera for Kids and Teens and many others. She has also served as an adjunct professor at JCCC where she taught The Business of Being an Actor. Stacey is also a member of AAF KC Ad Club. 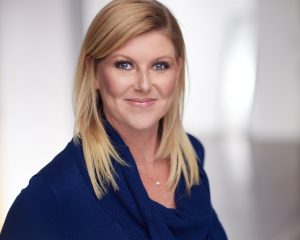 By the age of 18, Lauren wrote, produced and acted in the first digital feature film shot in Kansas City.  The film received national acclaim, with appearances on “Good Morning America” and “The John Walsh Show” and an Emmy nomination.  Since her graduation from the University of Miami, FL with a degree in film production and creative writing, Lauren lived in Los Angeles and worked at International Creative Management (ICM) which gave her the understanding and appreciation for the business aspect.  However, Kansas City was home.
For the last seven years in Kansas City, Lauren has proudly served many roles in the entertainment industry.  She sat on the board of Women in Film + Media, Kansas City for six years, three years as the Vice President and two years running their International Screenplay Contest.  For five years, Lauren assisted the Executive Director of the Kansas City Film Festival International, bringing thousands of films from across the world to our home town.  She has worked as a Casting Producer with Reality Road Entertainment on TV shows such as Lifetime’s The Rap Game, The Pop Game and Atlanta Plastic, BET Network’s Timothy Snell Curve Appeal, and FOX’s Beat Shazam.  She also worked as a Casting Producer on several nationally recognized commercials for Hallmark, Beauty Brands, California Casualty, Kansas City Regional Association of Realtors, MU Health, and the Missouri Lottery.  Lauren prides herself in finding unique and outstanding talent to perfectly match the client’s needs. 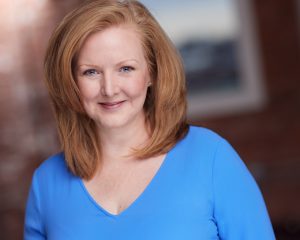 After twenty years in New York City as a successful commercial, voiceover and theater actor, Celia returned to the midwest to complete her Master of Education (M.Ed.) in Positive Coaching at the University of Missouri. Using this psychology training, she has designed a series of workshops focusing on the identification of inherent strengths specific to performing artists. These workshops empower performers to infuse their craft with deeper self-understanding and connection, as well as introduce creative exploration for meaningful and lucrative parallel and supportive employment.

Celia’s passion to educate and embolden artists began during her time in NYC. In addition to her performing career, she spent seven years as part of the event and fundraising team at the Entertainment Community Fund (formerly The Actors Fund), the nation’s oldest social services organization serving the performing arts community. It was here that she saw the need for individualized performing arts career support that evolves over the lifespan of performing artists.

Along with her role at Moxie, Celia remains active in the commercial and voiceover industry with her in-home studio allowing access to clients around the country. She is the creator and executive producer of a process reality television series that will launch in late 2022. Along with her M. Ed, she holds a Bachelor of Arts in Communications from William Jewell College and a Performance Degree from the American Musical and Dramatic Academy in NYC. 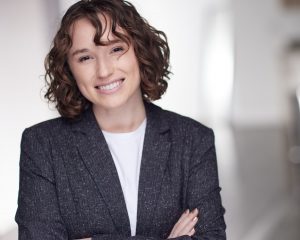 Natalie began her career with Moxie Talent Agency as a Junior Agent, where she cultivated and managed mutually beneficial working relationships with talent while enabling exciting casting options for production clients. Natalie’s expertise evolved into her current role as Social Media Consultant, where she develops and maintains Moxie’s social media and online branding strategy. Her thoughtful approach has elevated Moxie’s online presence across multiple social media platforms and SEOs, resulting in a 300% increase in our organic digital audience.

Natalie’s mastery of new and trending media has helped position Moxie as the premium talent agency in Kansas City. With her fresh marketing strategy, our agency and talent see greater visibility, engagement, development, and connection.

No drop in’s.  By appointment only.